Under Section 5 of the Constitution of The Singapore Badminton Association, it is stated that
“Prominent persons who have made a contribution to Badminton may be invited by the Management Committee to become Patrons of the Association and it may designate one such person to be a Patron-in-Chief.” 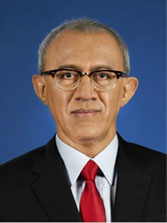 Under Section 13.1 of the Constitution of The Singapore Badminton Association, it is stated that “The Association shall be governed by a Management Committee whose members shall be elected at the Annual General Meeting (AGM)”

The SBA is led by our Management Committee, which was elected  25 June 2022, at our Annual General Meeting.

The following are the members of our Management Committee.  It is headed by our President, Mr. Lawrence Leow, who is also the Chairman and Chief Executive Officer of Crescendas Group.

SBA would like to announce that 2 new RTC applications have been approved by the Evaluation Panel and will be joining our current RTC partner, Doublestar Sports Pte Ltd.

The Evaluation Panel made up of members from SBA and SportSG have comprehensively assessed the applications and have confirmed the following:

RTCs to be awarded to: